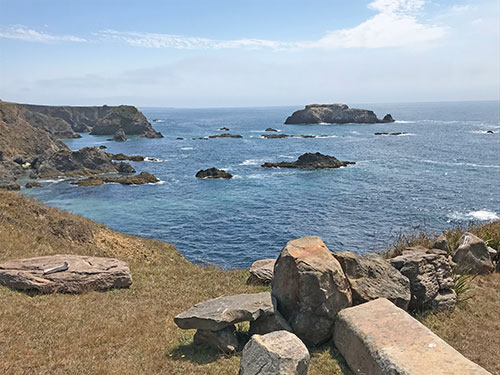 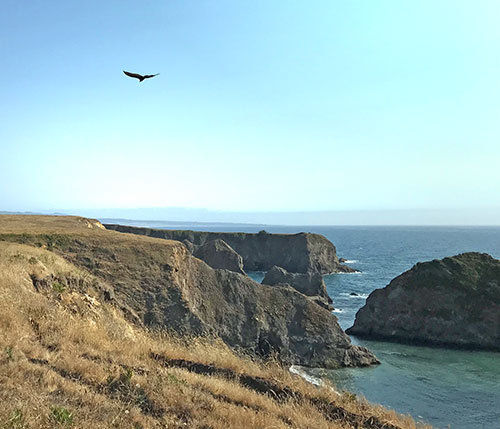 In 1860, when stagecoach service first connected San Francisco to the Mendocino Coast, the trip was reputedly a bumpy, dusty, and rather unpleasant affair. In 1878, when weekly ocean-going steamship service finally linked the two cities by sea, visitors still had no wharf upon which to disembark. Instead, women were unceremoniously hoisted off the ship in a makeshift “chair”, and men were forced to climb down to shore using the rigging. 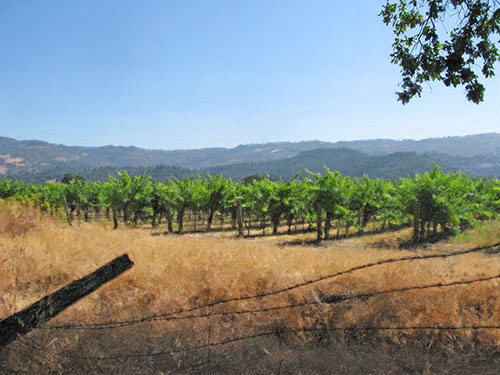 Today, the winding route from Anderson Valley first up the hills and then down again towards the foggy coast offers verdant vineyard views like these outside the tiny town of Philo, named after the Greek word for love. 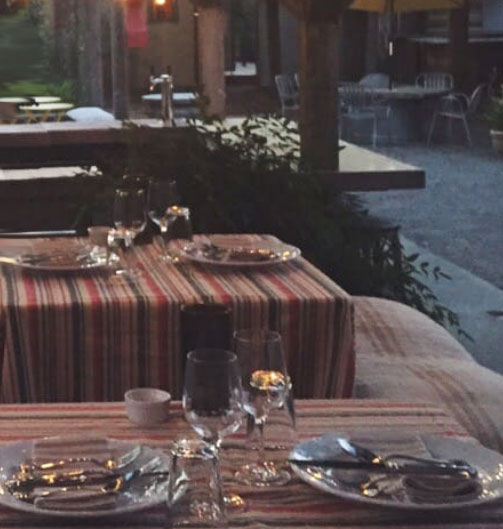 Along the way, Boonville Hotel’s Table 128 is a longstanding roadhouse restaurant that serves up family-style prix fixe dinners. On weekends during the warmer summer months, sumptuous Paella is prepared here and served in the courtyard. 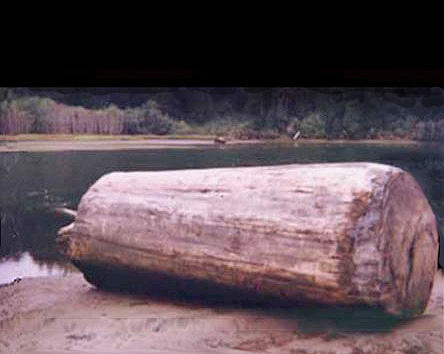 The small coastal town of Mendocino was founded in 1850 as the site of a sawmill. At the time, old-growth redwood forests covered more than 2,000,000 acres of California and huge numbers of redwood logs—some more than 16 feet in diameter—were regularly transported down Big River in massive “flows” to be loaded upon waiting ships at sea. Some of these giant logs, which the lumbermen called “Sinkers” never made it down river at all but sank to the bottom.

Around the turn of the last century a local doctor named Arky Ciancutti who lived by “Smuggler’s Cove” just at the mouth of Big River, overheard bridge workers at a local bar  speak of finding redwood shavings in their drill bits. Arky, an avid arbophile, realized he had just struck paydirt. He spent the next winter out on the river in a pontoon skiff. Using nothing more than a 5-ton hand winch, Arky managed to salvage  several hand-sawed redwood logs, known as “pumpkins”, from where they had lain on the river’s bottom for  over a century. 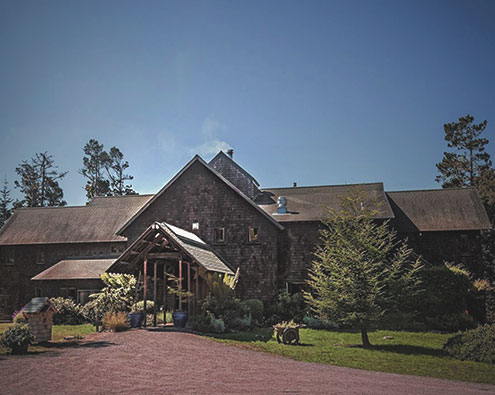 With his precious trove of tightly-grained redwood, rich in blond, burgundy and cinnamon hues, Arky built the unique structure that is now the Brewery Gulch Inn. 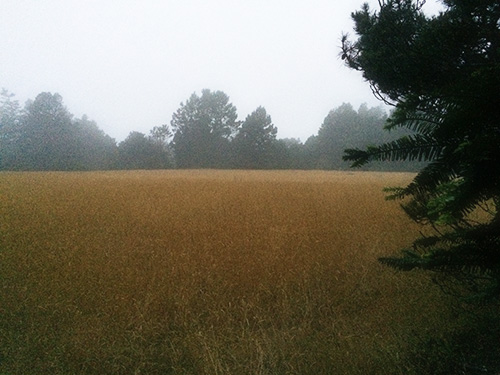 Just behind the Inn lies this misty field where one can quietly listen to the wind.

The Inn’s nightly dinner buffet always includes vegetarian options and selections of stellar local wines such as the fine Pinot Noir from Fathers+Daughters Cellars with its bright berry aromas, subttle notes of cherry jam and cola, and a lively mineral-tinged finish. 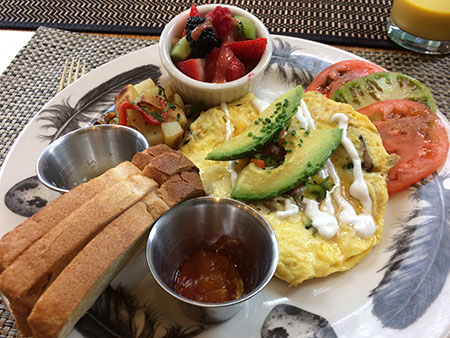 Other breakfast delights include a lovely Mango Lassi enlivened by lime juice, calamansi, and cardamom. 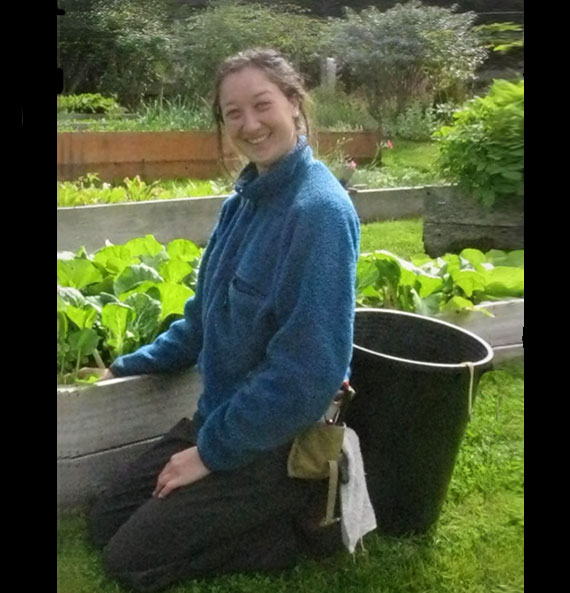 Just a five minute drive down the road is Stanford Inn‘s superlative vegan restaurant The Ravens. Produce here is sourced from the rich soils of the Inn’s own certified organic gardens which have been in continuous use on this historic site for well over a century. 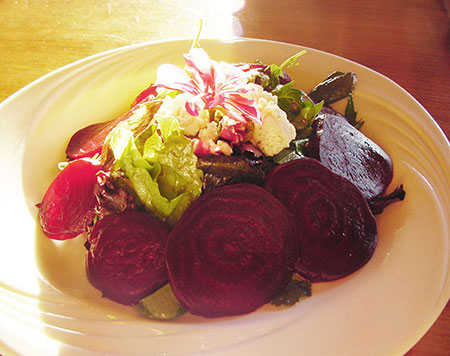 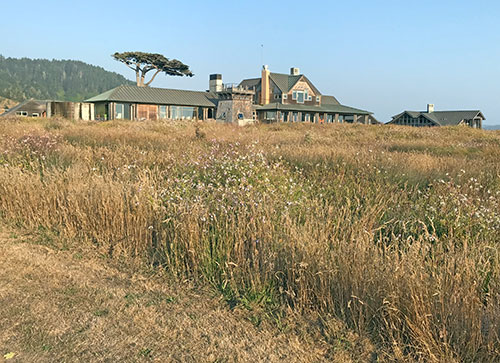 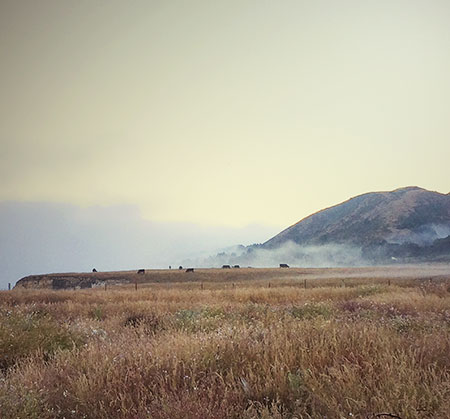 The bluff was once the site of the small town of Newport which served as a loading site for loggers. A system of chutes and pulleys once hoisted logs, cargo, and travelers down the cliffs and onto to the decks of Doghole Schooners below. But as Fort Bragg’s harbor to the south grew in stature, the town of Newport dwindled in importance, eventually disappearing altogther into the mists of history. 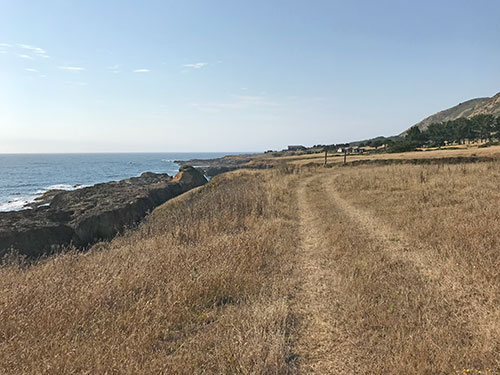 Today, vistors to the Inn can hike the miles of coastal trails or tour the site via ATV. Momentous sunsets accompany dinner each night, and from a hot tub on the rooftop guests are invited to sip wine and watch the stars. Nine charming guestrooms are avaiulable and the beautiful redwood interiors of the main lodging are used to host weddings, private events, and family reunions. 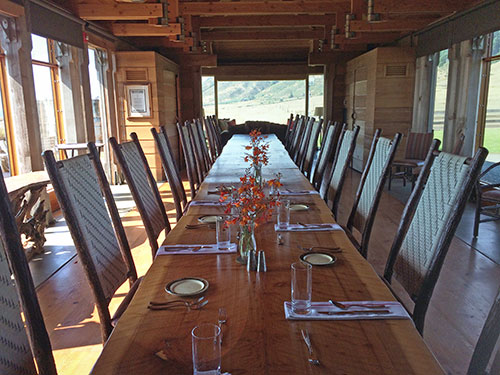 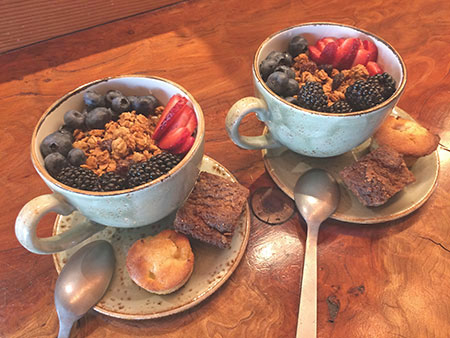 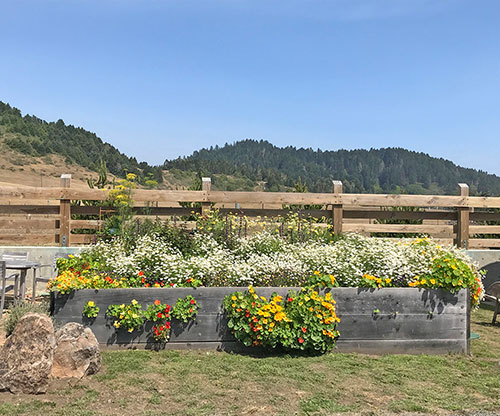 Amazingly, all this bounty is culled from the brimming garden boxes tended by the Inn’s talented gardener Felicia Brown. 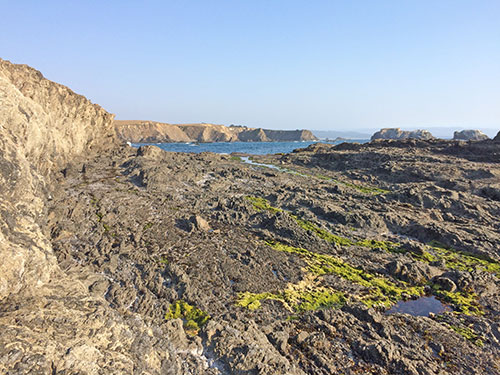 Ten thousand years ago, long before Europeans arrived, this site was cherished as a resource and sanctuary for the First Nation people who came here to forage salt, mussels and abalone. Yuki people call the site Lilem, and ancient middens still full of mussel shells from their bygone feasts still lie among the rocky outcroppings. Those who are fortunate enough to roam these shores today are urged to both tread lightly and breathe deeply. 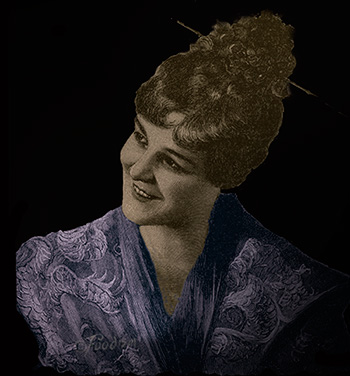