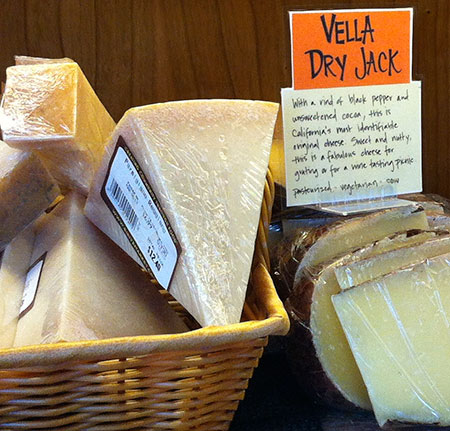 Vella‘s Dry Aged Jack Cheese is a San Francsco Bay Area culinary treasure. Prized for its sharp, sweet, yet slightly-nutty character with a rind that lends subtle notes of black pepper and unsweetened cocoa.The cheese is so low in moisture that it remains delicious in your refrigerator until long after the cows come home.

Monterey first became famous for its cheese when Franciscan friars living in the city during the 19th century began crafting a mild white cheese. They never could have imagined that their inspired cheesecraft would someday become part of the city’s legacy and patrimony.

The name “Jack” was given to the cheese by slum-lord and dairy-tycoon David Jack, (a man whom the novelist Robert Louis Stevenson once recommended be strung-up for mistreating his tenants). Jack started marketing his own version of the friar’s cheese, first under the name “Jack’s Cheese”, and later as “Monterey Jack Cheese” .

Vella’s dense, crumbly, palate-stimulating dry aged Monterey Jack cheese can be enjoyed with dark pumpernickel bread, wedges of sliced avocado and fig jam. Or perhaps with the incredible olive bread from Berkeley’s Phoenix Pastificio, and a glass of Pinot Noir. It also serves as a superb local alternative to Parmigiano-Reggiano in any number of pasta dishes. 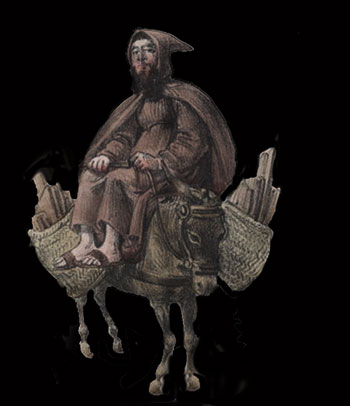