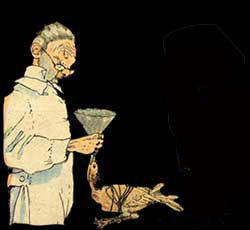 It is true that ducks and geese will gorge themselves in the wild in order to fatten up for long seasonal migrations. This causes their liver cells to gain lipids and change color in the process that veterinarians refer to as steatosis and chefs call foie gras.

But it is also true that the force-feeding process used to fatten large numbers of birds at once (called gavage in French), involves wedging metal pipes down their throats often injuring or even killing the birds in the process.

In fact, a study in 2008, based largely on a report by the European Union’s Scientific Committee on Animal Health and Welfare, found that death rates during force-feeding of birds rose as much as 2,000%. Other credible studies indicate precisely what common sense would indicate, that the metal feeding tube is in fact painful to the animals.

Response to the initial publication of these reports was dramatic. First, the Pew Commission on Industrial Farm Animal Production recommended eliminating the practice. Then in July 2012, after allowing several years for farmers to adapt to the decision, California banned the sale of foie gras altogether.

Finally, in January 2015 a federal judge ruled that the California ban was unconstitutional because it conflicted with the Poultry Products Inspection Act, a federal law that regulates poultry ingredients but is actually completely unrelated to the health, suffering, or welfare of the animals. Nevertheless, as a result of the decision, in February of 2016, California Attorney General Kamala Harris filed an appeal to restore the foie gras sales ban leading to its full reinstatement in 2017.

Interestingly, Foie gras can also be produced without the use of gavage, albeit on a much smaller scale. Spanish producer Pateria de Sousa makes his prize-winning foie gras by laying out huge amounts of figs, acorns, beans, and olives for geese late in the fall and then slaughtering the birds right after they’ve gorged themselves voluntarily.

Though the goose livers harvested in this more humane manner are significantly smaller, than the mass producerd variety, their quality is also much higher. Conscious carnivores need simply be willing to pay the price that is necessary to guarantee humane standards and practices in the sourcing of animal-based food products. 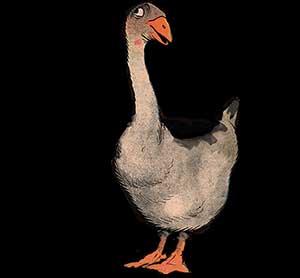