Plastic pollution is a global crisis and single-use disposable food ware is core of the problem. Roughly half the plastic the world now produces is used only once and then discarded. The average American throws away more than ten plastic bags per week, or over 500 per year.

“Single-use disposable food ware is a local and global problem, one with enormous financial and environmental costs,” says Berkeley City Council Member Sophie Hahn  co-author of a new ordinance to curb plastic waste. “As a city striving toward Zero Waste, we do a good job with composting and recycling, but it is not enough. We need to start reducing our waste as well.”

If passed, the Disposable-Free Dining Ordinance will follow a succession of similar California municipal ordinances passed in Santa Cruz, Alameda, Davis, and Malibu. But unlike these former initiatives which only banned reusable food ware in dine-in service, and mandated that all takeout food ware be approved as recyclable., this new law would ralso equire food vendors to charge customers $0.25 for each disposable cup and food container they provide.

Consumer fees have long been a successful method of changing social habits, not just in the U.S. but also in cities around the globe. The average Dane, for instance, now uses just four single-use plastic bags a year, after a country-wide bag-fee was imposed twenty years ago.

The proposed Berkeley law is already supported by a coalition of over a thousand local, national, and international organizations, including the Ecology Center, all of whom are participating in the Break Free from Plastic movement. 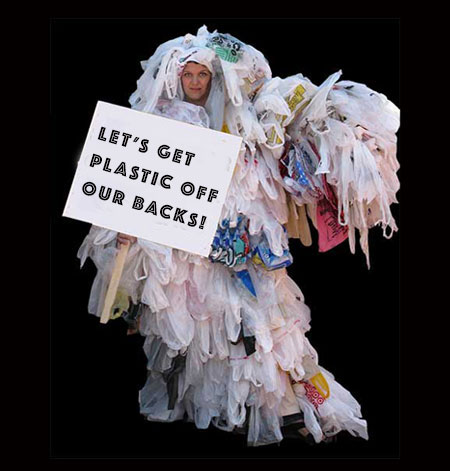