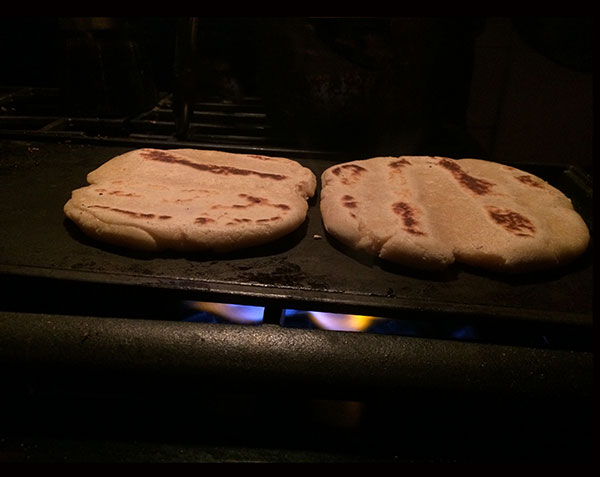 Cassava (also know as Manioc, or Yuca) is a staple of African, South American, and Caribbean cookery. Flour from this starchy root is rich in calcium, and vitamin C and offers both great texture and easy digestibility.

The Bammy is a Jamaican Cassava flour fry-bread that traces its roots back to the island’s original inhabitants, the Arawaks. Chewy, starchy Bammies are great to serve with spicy soups, stews, and curries.

In a large bowl add:

Mix up the ingredients with your hands, merging the fat, flour, and warm water together into large lumps at first, and then slowly working those lumps together with your fingers to form a cohesive dough.

Once the dough has become integrated, lift it from the bowl and spend a couple of minutes of quality time kneading and compressing it until a skin has formed and it feels warm and springy to the touch. Now divide the dough into four smaller rounds and flatten each onto a wooden chopping block with a rolling pin.

Now smear some coconut oil over the bottom of a cast-iron pan or griddle. Fry the flat rounds of cassava dough in the thin layer of hot fat for about two minutes on each side twice. This will create a golden, spotted, chewy and very tasty Bammy. 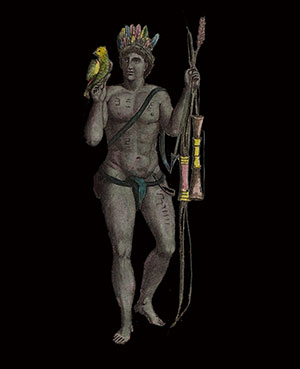