Though most squid now sold in the U.S. is imported, according to the Seafood Watch Program, squid caught in California with purse seines is a “Best Choice.” This includes squid sold under the names: California Squid, Ika, Market Squid, Opal Squid, & Opalescent Inshore Squid. 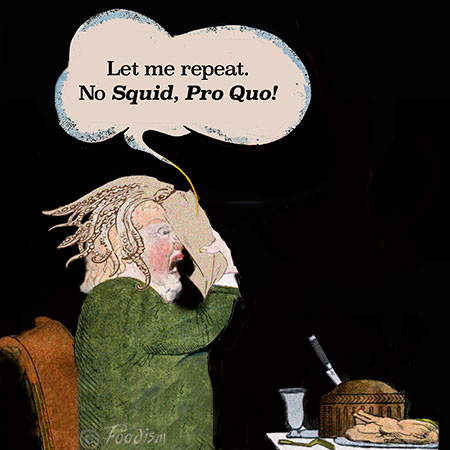 For a delectable squid casserole, heat a Dutch oven or deep, heavy-bottomed pot on the stove until its very hot. Add a fennel bulb, a couple of onions, a few carrots, a pair of red peppers, and several stalks of celery, all of which you have cut into small strips of a similar size and width.

With about four cups in all, stir the vegetables in the dry Dutch oven over high heat for a minute or two until they become nicely aromatic. Now lower the flame, add roughly three cups of fresh (or defrosted) squid cut into similar dimensions as the vegetables. Now add about a third of a cup of olive oil and stir the squid while quickly adding :

Mix everything quickly, cover the Dutch oven tightly, and simmer over a very low flame for about thirty minutes. Do not lift the lid during this entire thirty minutes if possible in order to give the squid a nice slow, steamy, salty, acid bath  and herbal infusion. If you wish, you can shake the pot around gently every now and then just to keep yourself busy.

After the half an hour has elapsed, lift the lid, add a generous splash of White Balsamic Vinegar or late-harvest white wine, a squeeze or two of lemon juice, and perhaps a final splash of olive oil.

Now cover the pot again, turn off the flame, and let the squid steam a bit in the Dutch oven until you are ready to dine. Serve the dish in a well of Cous Cous or Quinoa* accompanied by a salad of arugula, tomato, and red onion dressed lightly in aged balsamic vinegar, olive oil, crushed black pepper, and a handful of grated Grana Padano cheese. 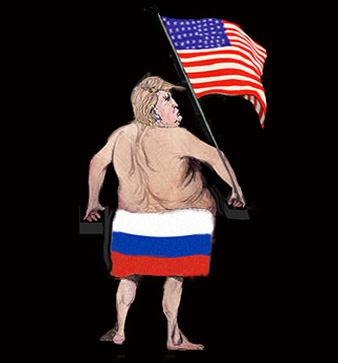 *You could also simply mix cooked penne or fusilli pasta directly into the Dutch Oven in order to compose a Calamari Pasta!