“We know from studies that both poverty insecure residency help to build a healthy appetite” said Shelter’s chef-owner Harlan Krupotke, “Our goal is to immerse diners in the urgency and passion of the homelessness experience.”

Krupotke and menu-architect Kimberly Kay Winneford have combined their respective talents to create a dining experience which evokes a unique vision of the American homeless experience as seen through the perspective of German Neo-realist interior designer Arlo Fiske.

Winneford, who spent two harrowing weeks researching her menu by visiting disadvantaged seaside communities around the globe has artfully crafted a two-tiered menu that seamlessly combines gritty eclectic survival fare with classic American institutional favorites. Her “starters” menu features all the diversity one might find while digging through a public waste receptacle, while her entrees evoke the edible excitement of emergency food assistance.

No stranger to poverty-themed dining. Krupotke began his career as the mastermind behind the highly successful Le Clochard Cafe n St. Helena. His deep passion for cooking was first sparked at a young age when his family’s private cook Consuela allowed him to help her bring dishes to the table. “It was a revelation!” says Krupotke. “It was the first time that I realized that there was actual work involved in the preparation of food. I was hooked. Even at that early age I knew that someday I would own a restaurant where, despite low wages and lack of proper healthcare, folks would work with the same feverish intensity of the legal aliens who raised me.” 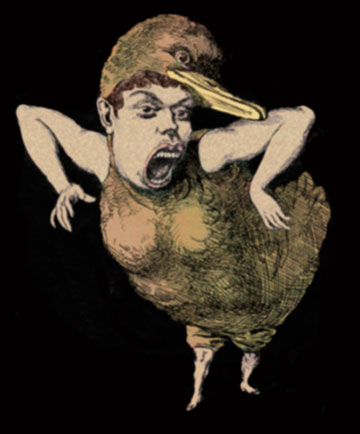