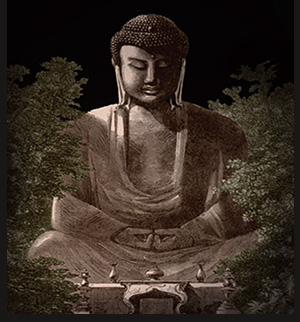 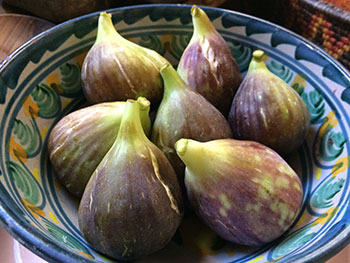 Considered one of the oldest cultivated fruits in the world, figs remains have been discovered in Neolithic excavations, they were a trending topic on Egyptian papyri, and ancient Chinese texts claim that it was under a wild fig (Ficus religiosa) or “bo” tree that the Buddha found enlightenment. 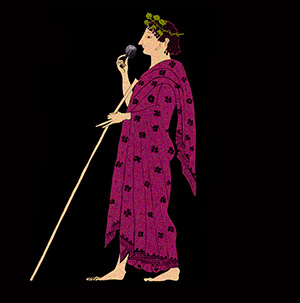 The ancient Greeks considered figs to be a gift of the goddess Demeter. Romans, urged on by their Emperor Cato (an early farm-to-table advocate) conquored much of Africa largely to maintain their fig-supply.

Medieval scholars had their own intriguing imaginary figments about the fruit. Both Plutarch and Ariosto suggesting hanging dead roosters from fig trees so that the fruit would “grow tender and fitter for the table”. They also thought the fig tree could send forth a “hot and sharp vapor“ that could “dry and concoct the flesh”. 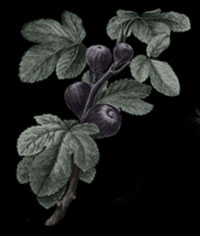 Perhaps this has something to do with the powerful astringent quality of fig-sap that attributes to its use as folk remedy for warts. Then there was the popular form of Medeival divination known as Sycomancy. Here, the fig tree was used as a sort of leafy Oracle. Guidance seekers would inscribe their chosen course of action upon notes wrapped up in fig leaves. The leaves that withered quickly suggested forbearance, while those that remained green and moist urged action.

The Spanish brought fig plants to the New World in the 1500’s where missionary fathers planted them up and down California during the eighteenth century, hence the name “Mission” Figs.

Figs are very healthy. They promote good sleeping habits, energy, sexual desire, and can serve to lessen stomach acidity. They appear as folk remedies for a range of disorsders from diabetes, bronchitis, and warts, to high blood pressure and ulcers.

Clever tips in fig cookery include tossing a few fig leaves directly onto the hot coals of a wood-fired barbecue in order to lend grilled meats (lamb in particular) a delightful aroma. Salmon fillets can be swaddled in fig leaves and placed directly on the grill for similar aromatic embellishment. 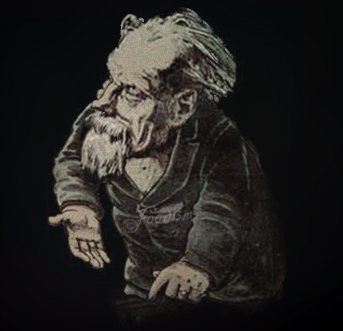