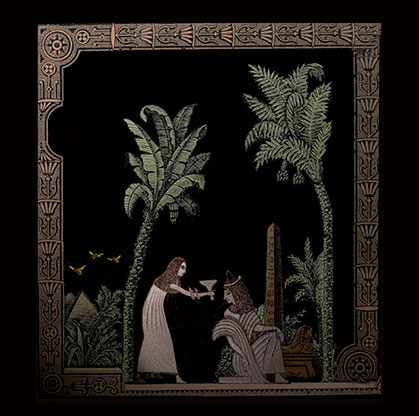 Honey was as widely used in ancient cuisine as sugar is in modern cookery. A rock drawing in Spain dating to roughly 15,000 BCE depicts two men climbing up cords to reach a nest of bees. The oldest alcoholic beverage known to man may have been discovered when honey, dripping from hives, collected in pools of rain. As wild yeast consumed the sugar in the honey it produced alcohol, giving a beverage with a nice little buzz.

Beekeeping was practiced along the banks of the Nile as early as 3000 BCE. Since spring arrives earlier to Upper than to Lower Egypt, beekeepers would place their hives on boats and descend the Nile in stages as the flowers and other plants bloomed.

Greek lyric poets loved to mix honey into their wine in order to raise its potency, and Roman chefs left us many recipes in which honey was a key ingredient. The consistency, aroma, and flavor of honey are all quite variable upon the type of vegetation from which the bees forage nectar and pollen, with each type of flower creating a different flavor-profille in the hive’s honey. 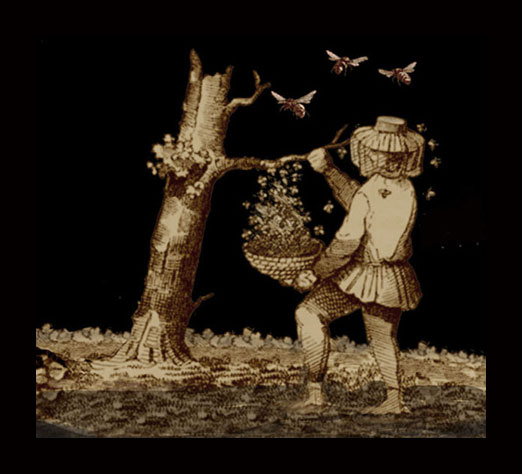 Honey can be collected in both spring and fall, but the spring honey-harvest is always superior. Some of the sweetest honeys are those made from the blossoms of rosemary, orange, acacia, and lavender. Pumpkin honey has a wonderfully rich and earthy quality.

The colors of honey can vary widely, ranging from transparent yellow to dark brown. Acacia honey is a straw-like yellow. Chestnut honey is brown, and orange-flower honey is amber-hued with warm red tones.