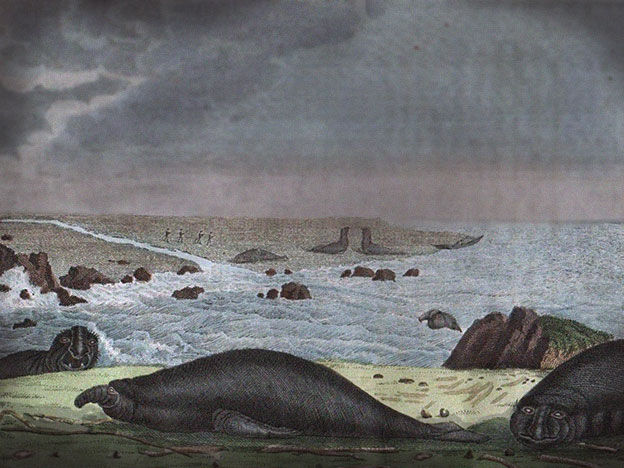 Between five to ten thousand northern elephant seals return to California’s Año Nuevo State Park each year from a total population of 215,000 spread across the Pacific. All the seals in the region are descended from the one seal colony located on Mexico’s Guadalupe Island, that somehow managed to survive extinction from hunting at the end of the 19th century.

Guided Elephant Seal Walks at Año Nuevo State Park run daily from December 15th through the end of March. The Park is home to one of the largest mainland Northern Elephant Seal colonies in the world. Here, pregnant seals begin arriving on the beach in early December and by late January their pups have arrived.

The mating ritual that occurs during late February and March is a dramatic and uproarious affair.Bulls the size of VW Bugs stage histrionic battles for breeding rights to females as surreptitious park docent lead visitors on daily seaside walks designed to expand their knowlege of both the seals, and the delicate ecosystem that sustains them.