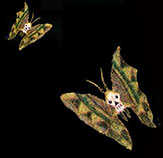 A federal court has denied the Environmental Protection Agency’s (EPA) motion to dismiss a lawsuit brought by the Natural Resources Defense Council designed to force the agency to heed the tenets of the Endangered Species Act as they consider approval of neonicotinoid pesticides, which studies have shown to be harmful to both bees and wildlife.  ” At a moment when birds, bees, and other species are disappearing at alarming rates,” says Rebecca Riley, Legal Director for the Nature Program at NRDC, “The federal government needs to pay close attention to the impact its pesticide approvals have on vulnerable wildlife. We are learning more about how toxic chemicals like neonic pesticides contaminate our soil and water and damage ecosystems. With the case now moving forward, we will continue to fight to ensure that EPA gives these species the full protections required by law.”

In 2017, NRDC filed a lawsuit challenging the EPA’s registration of products containing neonic pesticides. The lawsuit demanded that EPA comply with the Endangered Species Act and evaluate the impact pesticides have on threatened and endangered species.

In the past 25 years, the EPA approved thousands of neonic pesticide products that are highly toxic to wildlife. Widespread neonic use has contributed to global bee die-offs, with a large and growing body of evidence now demonstrating their devastating impact on a broad range of wildlife, including birds and aquatic species. Although the harms are dispersed across ecosystems, often, threatened and endangered species are put at the greatest risk.

Neonics are neurotoxic insecticides designed to kill insects by attacking their nerve cells. They are a systemic pesticide, meaning they dissolve in water and are absorbed by plants, making their nectar, pollen, and fruit toxic. Neonics are the most popular insecticides in the U.S. and can be found in lawn and garden bug sprays, treatments for pets and livestock, and used on commercial crops across the country.

Learn more about neonic impacts on the landscape here. 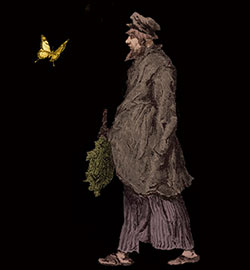