The San Francisco Bay Area on September 8th will be the site for the launch of System 001 of The Ocean Clean Up, The broad-scope project, created by a nonprofit founded by Boyan Slat of the Netherlands when he was just 18 years old, is the first feasible attempt to remove ocean pollution on a large scale. 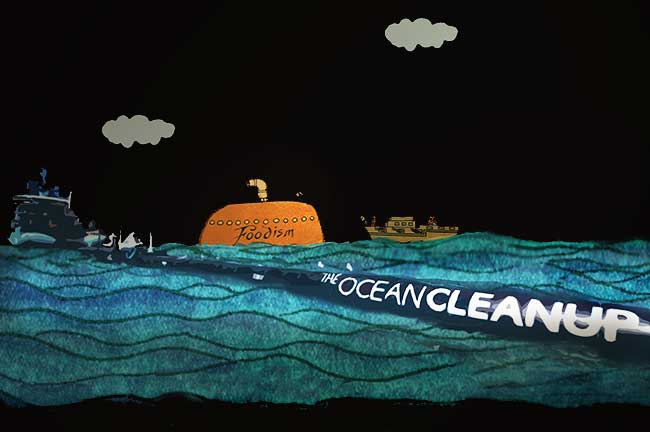 The massive floating device that will launch off the coast California represents the first step in achieving the truly Herculean task of eliminating the infamous Great Pacific Garbage Patch, a floating mass of plastics roughly twice the size of Texas.

The passive system moves with the currents – just like the plastic – in order to collect it efficiently for removal. A 600-meter-long floater sits at the surface of the water and a tapered 3-meter-deep skirt is attached below.

The floater provides buoyancy to the system and prevents plastic from flowing over it, while the skirt stops debris from escaping underneath. Every six weeks a support vessel will be sent to pick up the gathered debris and ship it back to a recycling center.

The project hopes to collect approximately 5.5 tons of plastic waste each month and estimates that with 60 similar devices 50% of the Great Pacific Garbage Patch could be removed from the ocean in five years.