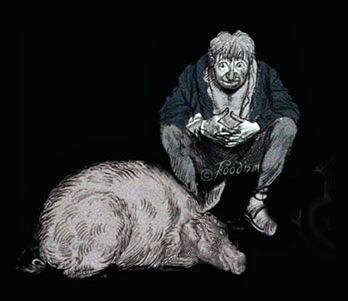 In spite of an open letter in the Washington Post, asking the USDA to reinstate the Organic Livestock and Poultry Practices rule that was issued in January 2017, Trump’s Ag Secretary Sonny Perdue let the rule that tied animal welfare standards to organic certification expire.

The Organic Livestock and Poultry Practices rule was designed to tighten federal scrutiny on the living conditions of animals raised by large scale producers who will now be free to exploit existing loopholes in USDA enforcement.

In protest, DCX Growth Accelerator, a Brooklyn-based PR agency, drove an ice cream truck painted with the name Presidential Creamery on the side, through mid-Manhattan before parking in front of Trump tower for a photo opportunity. 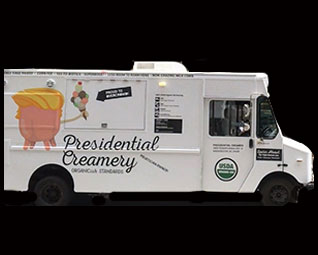 The mascot on the truck was a cow’s udder coiffed with a Trump-style Toupée and waving an ice cream cone. Menu boards mocked those of an organic creamery and instead of organic products, offered “cage-raised vanilla” milkshakes, “Three chicken per square foot” egg creams, and a sandwich called “the Sonny Perdue Beakless Chicken Po-boy.” 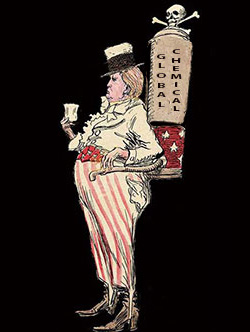