Ginseng is so deeply rooted in Chinese culture that wars have been waged over the forests in which it thrives. According to one 2,500 year old account, Ginseng was first discovered when a mysterious voice beckoned a group of passing villagers from beneath a man-shaped plant called Jen-shen or “Man Root. In another tale the spirit of Ginseng leaps to life as lightning strikes a clear spring, at once extracting and fusing the essence of fire, water, and earth.

Though there are several varieties of Ginseng all containing significant health benefits, it is Panax Ginseng that is the variety most commonly prescribed as a medicine. Panax means “cure-all” in Greek, and is a word derived from the same root, so to speak, as its synonym panacea. 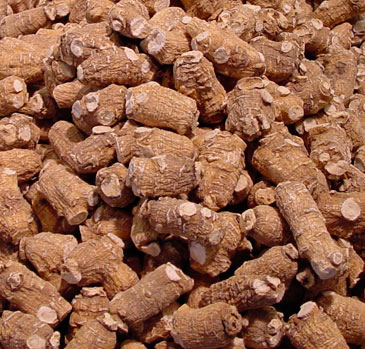 Perhaps the most fabulous bit of Ginseng lore involves an ancient society of foragers known as Va-pang-suis. These far-ranging Ginseng-hunters, all said to have been men of impeccable character, once scoured the mountains of Northern China. Their quest was considered both a spiritual and commercial endeavor, inaugurated with ceremonial solicitations and culminating in prayers of gratitude to the spirit of the mountains and the root itself.

Ironically, as they stalked the treasured root, the Va-pang-suis themselves were being hunted by a cunning band of thieves known as White Swans. Though murderous if crossed, the White Swans also followed their own rigorous code of ethical banditry. Once they had robbed a Ginseng hunter of his prize he was presented with a little red flag and sent on his way unharmed. The flag served to warn other White Swans in the area that he had already been robbed once that season, and should now be allowed to forage the mountains in peace. 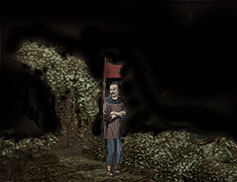